Have you ever wondered how the subconscious mind works? Video: How does the subconscious mind work?

How does the subconscious mind work?

Powered by VidSEO
Have you ever wondered how
the subconscious mind works?
Well to understand, let's start by mentioning
that there are two basic areas of our
consciousness, the subconscious and the
conscious minds. The subconscious mind is
what we call the deep all-knowing part
of the mind that helps us remember how
to do things that we've previously
learned. Its power and size can be
represented here in the form of an
iceberg. The part that is showing is like
the conscious mind. This part of the mind
is simply concerned with day-to-day
decisions and real-time awareness that
we experience in a normal day when you
are simply experiencing something
listening clearly focused on what you
are doing using your senses being
spontaneous in the moment without
judgments or analysis you are using your
conscious mind it is an important part
of the mind but it is not very capable
when having to juggle lots of
information. A conscious mind is much
smaller than our subconscious. The
subconscious mind has a huge effect on
the way that we behave in life. It is
very very big so its primary task is to
take pressure off the conscious mind and
make sure that you don't have too many
things you have to think about when
doing difficult tasks. Everything we go
through is processed and stored in the
subconscious. However, it is represented
here below the surface because all the
information that is stored is largely
forgotten. We can imagine the
subconscious as this jug of water which
represents all the stored ideas that
we've built up in our lives and as we go
through experiences, we learn how to do
things that suit us best. Everything we
experience goes into our subconscious
such as when we learn to ride a bike for
the first time or even when we learned
how to read.
As we operate in life we go through our
day-to-day experiences working from
programs that we have accumulated over
time which we decided in the first
instance were useful ways to behave
instead of taking each situation as it
comes naturally. We have the tendency to
live life on autopilot and respond to
people and events as if they were the
same as the first times that we
encountered those types of situations. If
we learn that angle is effective in
dealing with certain situations we would
continue that program without critical
reevaluation if we felt that being
Scheib is the best way to stay out of
trouble.
We may continue that behavior
subconsciously. Also, we are usually
unaware that our behavior is automatic
until we recognize the need for change.
It can take time to change patterns of
behavior such as smoking and overeating
but with persistence, it will change. One
of the most useful ways to change
subconscious patterns is to immerse
yourself in new and exciting experiences
because the challenge and the relative
unfamiliarity will force more time onto
the conscious mind. Things that take your
minds focus your energy often give the
power to make the subconscious conscious
again. Have you got some money? I really
need some money please. When you go into
situations in your life that usually
make you react without thinking. You can
take a moment and realize that you are
not just the sum of your experiences. You
can use your conscious mind to retrain
your reactions by taking a fresh look
whenever you feel stuck. Ah, thank you so
much. Thank you. Pretty soon your mind
will get the idea and create a new
pattern that is more useful for you.

Tap the Power of the Universe

Being in alignment with the Superconscious Mind enables you to tap the full powers of creation and attraction. The Superconscious is the One pervading intelligence that is omnipresent; therefore, it is sometimes referred to as the Universal Mind, the Source, the Field, or Divine Mind. You are an aspect of that intelligence expressing through you, and when you are in the deep realization of that, you have access to the Source of all goodness. This is true because the Super-Conscious Mind exists as an infinite field of potential which knows no boundaries or limitations. Your conscious analytical mind is what you operate with during your daily activities and waking hours, but it represents only a small portion of who you are. Your subconscious mind lies below the level of conscious awareness and is where your memories, beliefs, and programming are warehoused, and they are the factors that limit your access to the Superconscious.Â Your subconscious mind has a tremendous influence on how you think, feel, and react. When you go deeper into meditation and experience a feeling of deep peace and divine love you are tapping into the superconscious. It is where your soul lives and where creativity is found that is beyond what the analytical mind constructs. The superconscious is where ideas for great works of art, music, poetry, scientific discoveries, and deep spiritual inspiration and realizations are found. As you will recognize with this program as you align with the Superconscious, you access every goodness, success, and blessing there is.

Guided Meditations. The 2 Meditations are approximately 22 minutes in duration. They begin by gently relaxing you into a pleasant state. Just relax, adjust your headphones, and listen while you are guided step-by-step through the life-changing magic of sensory imagery that impacts your subconscious mind establishing important new thought patterns and new feelings for a new life.

The two meditations in this program also contain subliminal signals that synchronize both hemispheres of your brain and put you into a natural relaxing meditation state. The first meditation is a Pyramid Initiation. The Metaphor Meditation is best listened to with headphones because it contains an extraordinary process of mental programming. In your right ear, you hear a simple story with rich symbolic images that make your subconscious mind receptive to the affirming outcomes you are hearing in your left ear. You do NOT need to follow the stories, just let your mind relax and absorb the program at a subconscious level. One track in this meditation is purposely recorded at a lower volume than the other. Do not use the visualizations while driving or while you are involved in any other activity. Listen to one guided visualization each morning and/or evening.

Play the two 30-minute Mind Talk programs while you are working, relaxing, exercising, or anytime throughout the day. You can even use them as meditation or sleep programming and become renewed. Sleep learning is powerful life-changing programming. Just play these programs softly as you fall asleep. Some electronic stores sell small pillow speakers specifically designed for this purpose so you won't disturb others, but you can use any player with the volume turned down low. The more often you play these programs the better they work, so play them as much as possible.

All Subliminal Program. Subliminal Perception is as Natural as Breathing. It Simply Refers to Information Received Below the Natural Level of Conscious Awareness. The effectiveness of subliminal programs lies in the fact that they contain positive statements that reach the subconscious mind, which is the seat of all memories, knowledge, emotions, and reactions. Studies show that the unconscious mind has a powerful influence on conscious actions, thoughts, feelings, habits, and behaviors, and actually controls and guides your life. In order to make lasting improvements in your life, you must make changes at the subconscious level.

Dr. Parker's powerful programs do just that by imprinting their super-positive messages directly on your subconscious, with no interference or filtering from your conscious mind. The subliminal messages are recorded at the critical absorption threshold with our computer-controlled processor. Each message is embedded in the environmental sounds so precisely that you don't consciously hear it, yet it is well within the range of normal hearing to strongly register on the brain.

Because of our high saturation of subliminal messages, you may occasionally hear some of the affirmations slightly "bleeding through." This is your assurance that you are getting strong subliminal messages in this recording. Play these programs softly in the background any time day or night, because the more you listen the greater the effect. Each message is repeated many times in the subliminal program. Experiment with the stream sound by adjusting the equalization or tone control to suit your preference. There is one 30-minute subliminal track in this program utilizing a Mountain Stream format. Superconscious Mind Power - Tap the Power of the Universe. 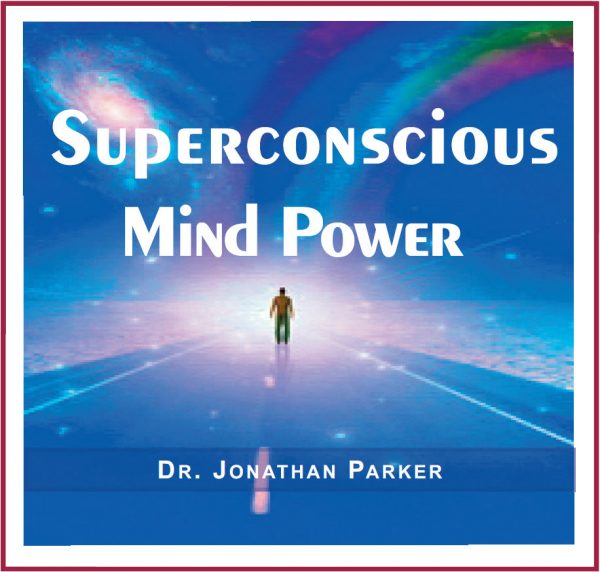 Video: How to Tap Subconscious Mind Power for Success

Any cookies that may not be particularly necessary for the website to function and is used specifically to collect user personal data via analytics, ads, other embedded contents are termed as non-necessary cookies. It is mandatory to procure user consent prior to running these cookies on your website.